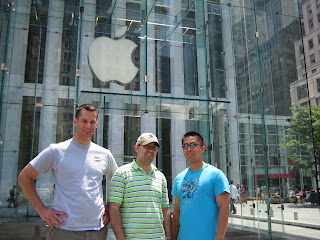 I spent about 4 hours this morning using the new tools on Google Maps to create a Google Maps / Flickr mash-up geographically showcasing some of my more memorable events in New Orleans. It's still a work in progress, but it's got about 30+ place markers so far. You can check it out here: